DISCUSSION POST MUST BE 7+ SENTENCES AND THE PEER REVIEW MUST BE 5+ SENTENCES PLEASE USE YOUR OWN WORDS AND DO NOT COPY FROM OTHER SITES STAY ON TOPIC ,BE POSITIVE , AND DO NOT COMMENT ON GRAMMAR ERRORS.

White collar crimes are financially motived non-violent crimes. Review the following articles that deal with white-collar crimes and be prepared to answer the questions that follow. 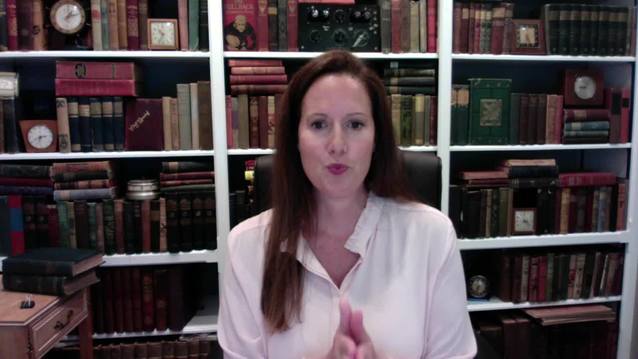 Kantian theory is applied to this article because Madoff Knew he was doing wrong yet he continued to swindle others out of their money. He lied to many making them believe they would prosper. He even paid some off to keep his charade going. Madoff recruited charities prominent people, insurance companies, as well as banks. .Madoff did not care about anyone’s feelings. The Kantian theory is a particular action that is taken in order to attain an end that an individual wants for himself. In this case, Madoff wanted to lie and steal from anyone he could influence or swindle.

Utilitarian theory is applied when you only view the situation as right and wrong by focusing on the consequences, Madoff could care less who he was hurting, what damage he was doing to them, or, why or how lying and stealing from them would affect them. Madoff just did not care about anything. As long as he was getting what he wanted he was content. Utilarism focuses on the result of the action not the character of the act itself.

Consequentialist is when you judge whether something is right or wrong based on the consequences. Madoff affected many, Charities were ruined entirely and forced to shut down people had to file bankruptcy and never fully recovered from their losses. Madoff was probably riding” high” thinking he would never get caught and was willing to keep the scheme going for as long as he could.

Nonconsequentalist would refer to actions being bad or good regardless of the consequences. Madoff had no intentions on stopping he wasn’t interested in doing right by others. His only intent was, how he could capitalize off others. He hurt many and did not care. Madoff only concern was lining his pockets. By any means necessary.

* Kantian: would be used in Madoffs Scheme due to his selfish ideas of knowing he was not doing right by stealing these investors money by paying off old investors with the new. He did not care whether he’d get caught and serve time, his mission s to continue lying to his investors by giving them false hopes of good returns within so many days. He could back it up by paying some of them but he still had to find a way of pocketing money for himself and satisfyingly a few of his customers. He used a very known theory known as the Kant Theory which basically states “the rightness or wrongness of action doesn’t depend on people consequences, but on whether they fulfill their duty.

* Utilitarian: Which views an action as right or wrong only with reference to the consequences of the action. Stealing money from anybody is viewed as wrong, there can be no right in that statement at all. Mr. Madoff did not weigh the consequences of who he would be hurting, his main purpose was to get rich and escape with his devious scheme. Once he got comfortable stealing and seeing his idea profit why quit? He could continue doing wrong until someone either caught the mistakes or he was reported to the SEC, which amazingly he worked with and created. I would think he kind of felt invincible at the time he was committing his wrongful action.

*Consequentialist: an ethical theory that judges whether or not something is right by what its consequences are. This can fall in line with Utilitarianism since one is judged by the actions of their consequences. I was studying the an example giving of someone telling a lie is absolutely wrong. But lets say I was in Germany during Hitlers time and I was hiding Jews as a German, and if they asked me if there were Jews hiding in my basement,; I would lie in order to save their lives and that would be considered Consequential. There was nothing consequential of the methods Madoff performed, he was not willing to help anyone but himself as stated earlier.

*Non-Consequentialist: actions are intrinsically good or bad (= by themselves), their rightness/wrongness does not depend on their consequences. We know Mr. Madoff actions were instinctively bad intentions. He was not doing this to better the market, or his investors. His actions or goal was to get rich off the scheme of big money investors. I for one believe that since he never weighed the consequences of getting caught, he continued living the lavish lifestyle provided by his scheme and never having to worry about what the future may present. Now his actions are suffering for the mistake of overlooking the consequences of stealing from others.

WhatsApp Us Now to Claim Your 30% Discount